Jaguar's F-TYPE Coupe gets a sleeker look and swaps its supercharged V6 for an even more potent V8. Jonathan Crouch reports.

Jaguar describes this improved F-TYPE Coupe as the most capable and involving car it's ever built. It's sleeker, faster and classier, cementing the Coventry brand's reputation as an ever more credible rival to Porsche, reviving memories of some of the company's legendary classic coupes. It handles. It goes. And it delivers.

What, commentators like us wondered at the Jaguar F-TYPE Convertible's original introduction in 2013, would a more focused fixed-top version be like, a stiffer, sportier, even more dynamic thing? This Coupe model, first launched early in 2014, gave us our answer. It was rigid, rakish and revved like a race car. Well now, Jaguar claims to have made it faster, better looking and even more desirable. Still want that Porsche 718 Cayman S? Try one of these first.

Jaguar has now pensioned off its 3.0-litre supercharged V6, but instead, offers F-TYPE buyers who don't want the entry-level 2.0-litre four cylinder 300PS unit a new 450PS version of its classic supercharged V8. This fiery powerplant develops a prodigious 580Nm of torque from just 2,500rpm. If that's not enough, the F-TYPE R continues at the top of the range with a 575PS version of the same V8. In terms of drive formats, the four cylinder model comes only with rear wheel drive; the 450PS V8 can be ordered with either rear wheel drive or AWD; and the F-TYPE R comes only with AWD. Got all that? I'll be asking questions later. Personally, I usually like my automotive sound effects to come from the engine rather than, as here, the tailpipes at the back but even I have to admit that this car hums an addictive tune. Whichever variant you choose, performance is striking. Even the feeblest 300PS model makes 60mph from rest in just 5.7s, while the 450PS V8 models make 60mph in just 4.4s on the way to 177mph. Finally, the F-TYPE R covers off that sprint in just 3.5s en route to 186mph. Across the range, you get an all-aluminium chassis, double wishbone front suspension and a multi-link-suspended rear. All F-TYPES feature auto gearboxes (the manual previously available in the four cylinder car has been discontinued). Changes to the Quickshift auto transmissions in both the F-TYPE R and the 450PS V8 models promise a more engaging driving experience. The F-TYPE R specifically offers even faster, crisper gear changes when the driver commands shifts manually via the steering wheel-mounted paddles or the SportShift gear selector. Both upshifts and downshifts are more immediate and give an even more connected and responsive feel.

The visual changes made to this improved model are significant, centring mostly on a front end now embellished by super-slim pixel LED headlights that blend into the 'liquid metal' surfacing' of the restyled clamshell bonnet. There's also a new front bumper and a subtly enlarged grille that aim to deliver more visual impact and presence. And the slender rear lights have been revised too, featuring an LED chicane signature inspired by the Jaguar I-PACE. We still think that visually, the F-TYPE Coupe bodyshape works really well, with its short wheelbase, power-packed set of rear haunches and elegant roof line. It manages to make the Porsche Cayman seem rather hall-of-mirrors in its proportioning and while it's not as instantly beautiful as an Aston Martin Vantage, it looks as if it would thoroughly work the Vantage over in a bar fight. The interior hasn't changed much, continuing to combine traditional Jaguar craftsmanship with rich, contemporary materials such as Windsor Leather and satin-finish Noble Chrome. Beautiful details include monogram stitch patterns in the seats and door trims, Jaguar Leaper motifs in the headrests, and subtle 'Jaguar Est.1935' markings on the centre console finisher, glovebox release button surround, and seatbelt guides. The boot remains relatively big, giving the F-TYPE Coupe genuine GT potential. You'll get 315-litres in up to the parcel shelf and 407-litres to the window line. A 72-litre fuel tank gives a realistic cruising range of over 340 miles.

This Coupe F-TYPE bodystyle will save you around £5,500 in comparison to its Convertible counterpart, which means that prices start at around £54,000 for the base 4 cylinder 300PS version with base trim - or around £47,000 if you want the same engine with ritzier 'R-Dynamic' trim. An 'R-Dynamic'-spec 450PS 'P450' V8 model costs around £60,000 - or around £65,000 with AWD. The 'P575' top R Coupe costs over £97,000. All F-TYPE models get full-LED headlights, plus a sophisticated 'Touch Pro' infotainment system which includes online services such as real-time traffic and live weather reports. Even the entry-level variant gets sports suspension, 18-inch alloy wheels and sports seats with leather and suede-cloth. And buyers can also expect features like USB, auxiliary and iPod connections, a rear parking aid, climate control, six-way electrically adjustable sports seats, Bluetooth, a DAB radio and Jaguar's clever Pedestrian Contact System. The F-TYPE R gets an R body kit, 20-inch wheels with red brake calipers and a special 'R' interior finish.

Although there are some better performers in its class when it comes to economy and emissions, the F-TYPE Coupe is there or thereabouts. Let's get to the WLTP-rated figures. At the base of the range, the automatic 2.0-litre 300PS RWD F-TYPE records up to 29.8mpg on the combined cycle and emits up to 216g/km of carbon dioxide. You'll need deep pockets to run the V8 models. With the 450PS V8, the figures fall to 26.6mpg and 241g/km for the rear-driven model and 25.9mpg and 248g/km for the AWD version. The F-TYPE R Coupe manages 26.4mpg and 243g/km. Overall, we think that all of that's irrelevant. If you average more than 20mpg in this car, then you're not using it properly and it deserves a better home. You know where I am. Depreciation on the F-TYPE hasn't been at all bad. Taking the P300 2.0-litre variant as an example, you can expect to get 45% of your original purchase price back after the usual industry-standard three year / 30,000 mile ownership period.

As before, the F-TYPE Coupe takes all that was great about the Convertible version and builds on it with a stiffer chassis and a more affordable asking price. The result is a very special car indeed, especially in this improved form. Even if you can only stretch to a four cylinder version. After all, compared to a rival Porsche 718 Cayman S, Jaguar has brought us a machine that's arguably better looking, unarguably better equipped, more powerful and endowed with a greater sense of occasion, inside and out. While it won't match the Porsche's delicacy of response at the limit, the F-TYPE Coupe looks as if it's got its chief competitor's measure in enough areas that count to really give the German brand something to worry about. 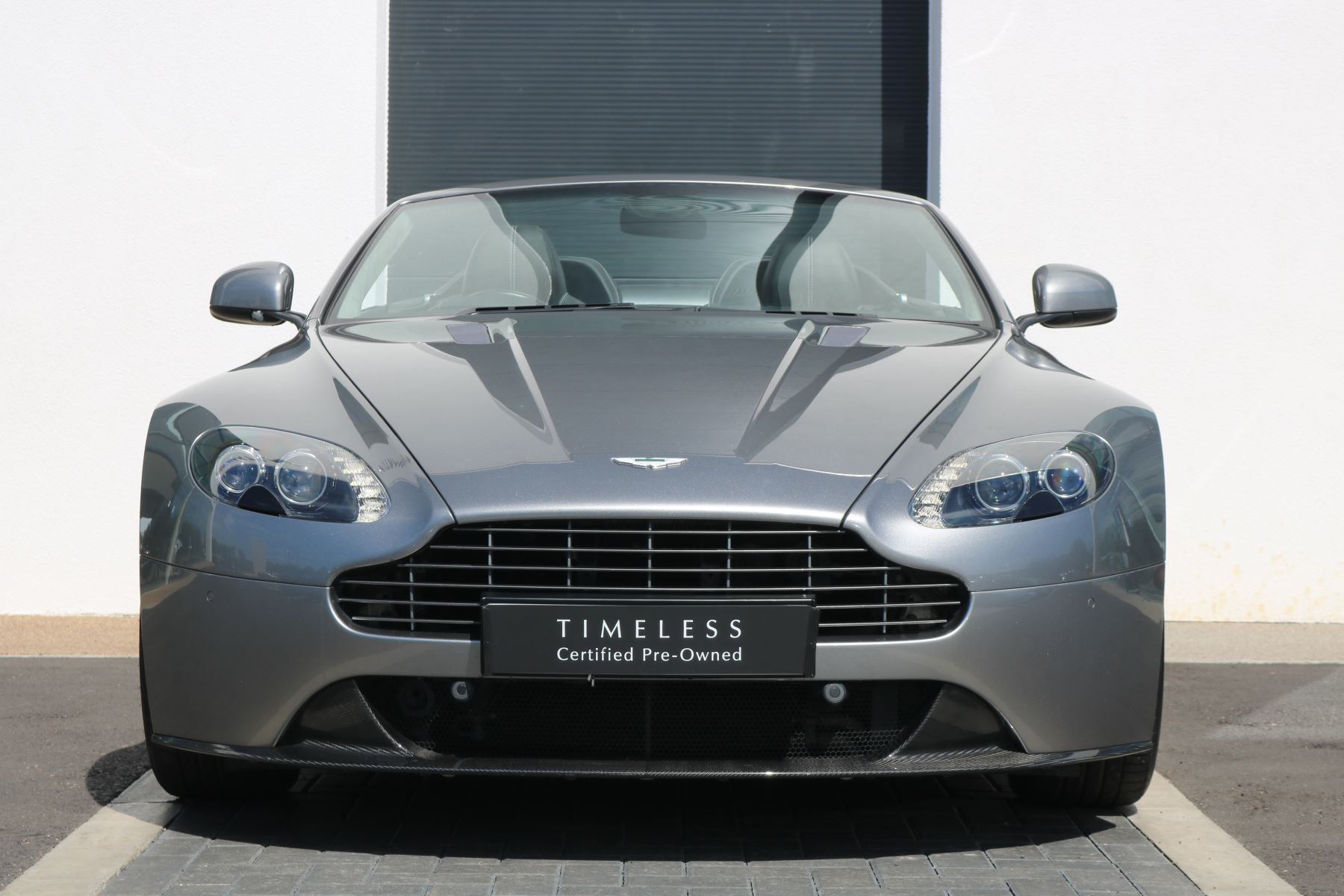 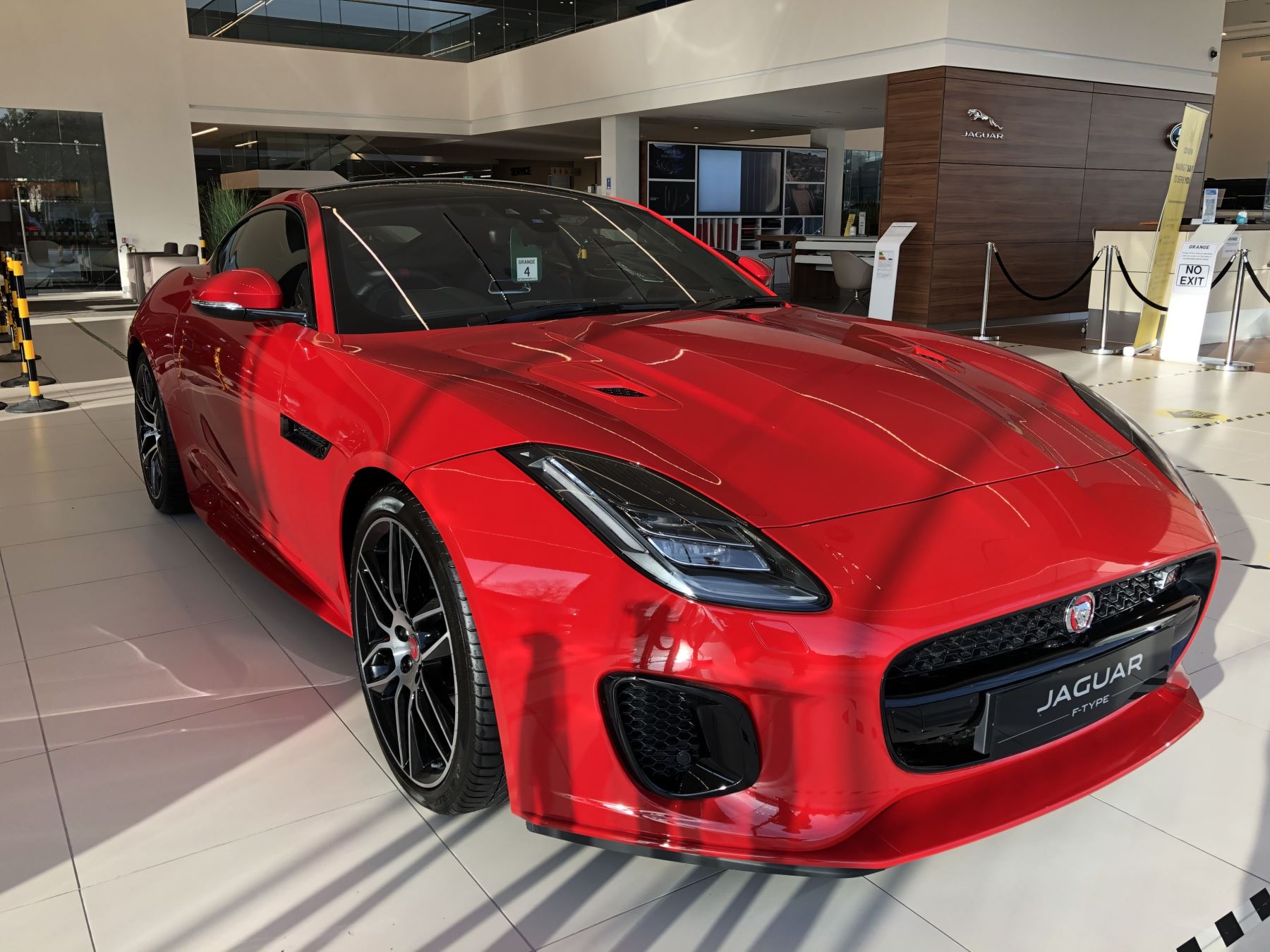