The Urus has a V8 twin-turbocharged engine with a maximum power output of 650 hp, and offers the best power-to-weight ratio in the SUV segment. Please call to confirm exact mileage as may vary - available to reserve online now.

The soul of a super sports car and the functionality of an SUV: Lamborghini Urus is the first Super Sport Utility Vehicle in the world.

The Lamborghini Urus redefines exactly what a performance super-SUV can be. Jonathan Crouch takes a look.

With the Lamborghini Urus, the brand's first performance SUV, everything's super-sized: shape, performance, technology, running costs. Here's another car of this kind that's turned around its brand, being blindingly fast, very luxurious and properly practical without the lumbering feel common to many segment rivals. It's very desirable indeed.

You might think the idea of a Lamborghini super-SUV a little strange but the company itself actually believes that it basically invented this kind of car - with the brutal V12-engined LM002 model of the Eighties and Nineties. That hand-built muscle car was though, a rather different thing from today's Urus, the car that has singlehandedly changed the company from a boutique sports car maker to a brand with a production capacity that now rivals that of Ferrari. Only 328 LM002 models were ever made. The Urus, in contrast, has doubled its marque's production output to around 7,000 cars a year. You wonder what company founder Ferruccio Lamborghini would have made of it all. It's only forty years since this famous maker was in receivership. Now, it's more successful than McLaren. But at what price? To create the Urus, the company has had to borrow almost everything from Volkswagen Group engineering. So can the result be a true Lamborghini? Could any modern SUV ever really be? Let's find out.

Though virtually all the ingredients here are from other Volkswagen Group products, Lamborghini claims to have used them in a way unique to this Sant'Agata brand. Take the engine. No, it's not a V10 or V12 as is usual from this Latin maker. Instead, it's the same twin turbo V8 as you'll find in cars like the Porsche Cayenne Coupe Turbo and the Audi RS Q8, though here it puts out a few more braked horses - 641bhp to be exact, along with 850Nm of torque. This is the first time any Lamborghini has been turbocharged but if you're bothered by that, the official performance figures should take your mind off the fact: rest to 62mph in 3.6s, rest to 124mph in 12.4s and a top speed of 190mph. There are six drive modes - 'Street', 'Sport' and 'Track' (which lowers the car by 15mm) are the paved surface ones. If you've ticked the right options box, you'll also get three further off road modes (yes, the Urus can capably go off road) which can raise the body by as much as 40mm. Plus of course there's an individual menu via which you can decide your own parameters for suspension feel, engine note and steering weight. Huge carbon ceramic brakes with ten-piston callipers are standard, as is a 48-volt active anti-roll system. The four wheel drive system differs a little from other VW Group products in the way that it works with a Torsen centre differential that can direct up to 85% of drive to the rear, plus there's a torque-vectoring rear differential for extra cornering traction.

Any Lamborghini should have road presence and, sure enough, the Urus is guaranteed to turn heads. As a super-SUV, it's obviously a pretty substantial thing, 5,112mm in length and 2,016mm in width - though a rival Bentley Bentayga is bigger and much taller. There's plenty of Lamborghini DNA in the sharp-edged styling, some of it apparently inspired by the brand's chunky original LM002 SUV of the Eighties. Some of the detailing though (principally the black plastic wheel arch extensions and the lower body mouldings) has more of a volume brand feel. And quite a few owners are going to feel that they need to upgrade to the larger 23-inch wheels to really deliver this car's pavement theatre potential. Venture to enter the cabin and the doors feel a little lighter than usual for a large SUV (that's because they're frameless). Inside, you sit a little lower than is usual in a car in this class and all-round visibility from the narrow glasshouse isn't great, though the parking camera system helps enormously with manoeuvring. The dash screen set-up borrows Audi technology, so you get a 'virtual cockpit'-style instrument binnacle monitor and twin centre stack displays. Also on the centre console is an array of what Lamborghini calls 'Tamburo' controls which allow you to select your various driving modes. The gear selector adds a further level of complexity: instead of the usual stick, you'll need to navigate through various stylised buttons and rocker switches to pick your ratio. For the rear, you'll need to select between individual rear chairs or a conventional bench. With the narrow window glass, it can feel a little claustrophobic. At least there's a big 616-litre boot, extendable to 1,596-litres with the back seat folded.

At the time of writing (early 2020), you'd need about £160,000 for an Urus, though there are so many 'must-have' options that hardly any customers ever pay as 'little' as that: Lamborghini says the average is around £180,000. At point of purchase, there are some key decisions to make starting with a choice of a convention three-person rear bench or to individual rear chairs. If you'll ever be venturing off a paved surface (gravel tracks are amazing fun in this car) you'll need to have ticked the box for the 'Off-Road Package' which gives you reprofiled front and rear bumpers and various specific off road driving modes. Unfortunately, most of the camera safety stuff costs extra too, available as part of Lamborghini's range of optional Advanced Drive Assistance System packages. There are three to choose from, branded 'Urban Road', 'Full ADAS' and 'Highway'. With everything fitted, you get stuff like emergency brake assist and lane-keeping assistance, plus a head-up display. Luxury options include a 1.700-watt Bang & Olufsen sound system and individual twin rear TV screens. Lamborghini also hopes that owners will want to imbue their cars with their own bespoke 'styles' via the brand's 'Ad Personam' programme which offers a huge range of pricey colour and trim choices.

Despite talk of engine cylinder deactivation and the aluminium-intensive MLB chassis architecture, you'll be expecting the running costs of this Urus to be crippling to anyone without a suitably buoyant bank balance. Which of course is exactly how it turns out, not surprisingly given this car's substantial 2,197kg kerb weight. The starting point is the quoted 23.0mpg combined cycle WLTP fuel figure, which ought to allow for a range of around 400 miles between lengthy fills of the 85-litre fuel tank: if you achieve anything like that, you shouldn't have bought this car in the first place and it deserves a better home: you know where we are. In the unlikely event that this bothers you but you still crave Urus ownership, the plug-in hybrid powertrain also developed for this car would be a better bet. The NEDC CO2 figure is 290g/km. If you're planning to use this Lamborghini as a company car, you'll find that predictably, the benefit-in-kind taxation rate is set at the highest level possible, which would leave the highest-rate tax payer have to find around £30,000 annually: ouch. Annual road tax will cost you £460 (with the luxury surcharge) and the first year rate of VED is £2,070. Plus there's top-of-the-shop group 50 insurance too of course. And that's all before you start factoring in the cost of the consumables you'll get through if you start to drive this car hard - things like tyres and brake pads. At least residual values ought to stay pretty strong, assuming that the Urus mirrors the showing of its sports car stablemates. That's not a given, since this SUV will be produced in much greater numbers than apply to Lambo supercars - around 3,500 units annually.

This car sells on its badge - no question. But it's an astonishing thing nonetheless. In segment, at present, only Aston Martin's DBX gets close to offering anything that's really similar, though competition will certainly hot up further when McLaren and Ferrari get around to launching their SUVs. Those models will have to be very good indeed if they're to credibly take on what the Urus can offer: circuit capability better than most sports cars, yet a luxury highway demeanour when you want that and the ability to shrug off testing off road trails, should the occasion demand it. This is, and for the foreseeable future will remain, the most exotic of all the market's super-luxury performance SUVs. And the most sophisticated take on the Volkswagen Group's MLB Evo architecture. But scroll back a few decades and ask yourself: would you want a picture of one on your bedroom wall? As a small child, would you dream about owning this car? I rather think I would. With a Huracan in the garage as well of course... 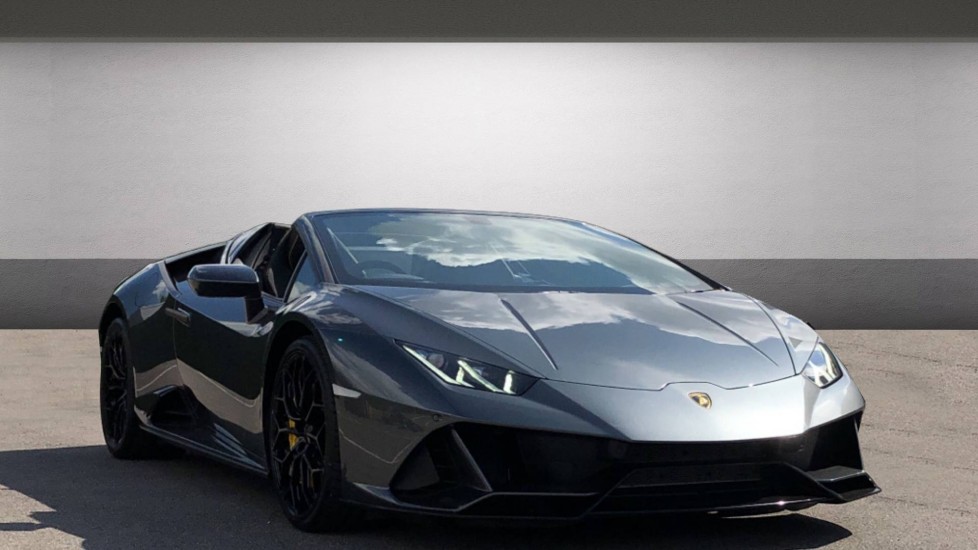 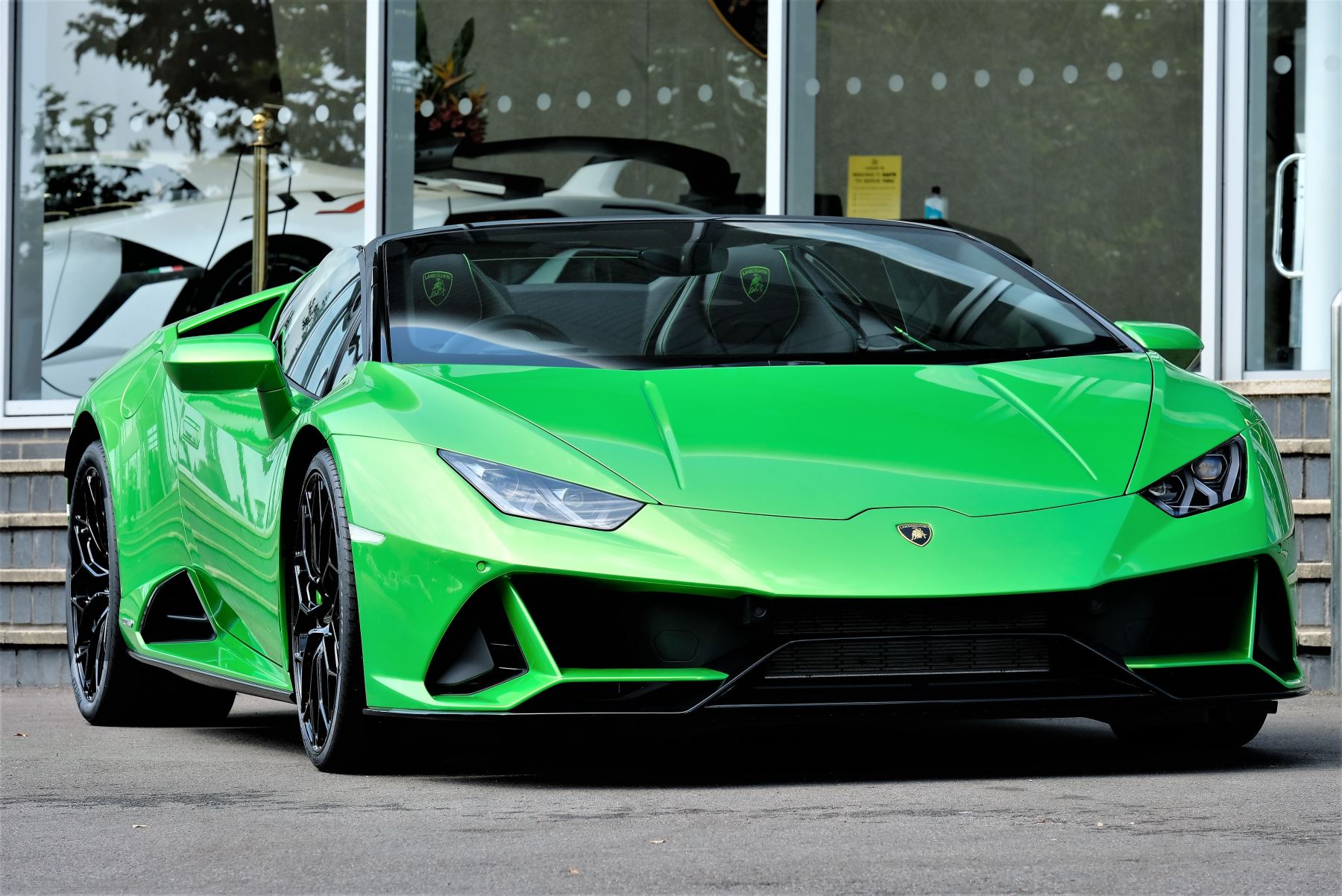 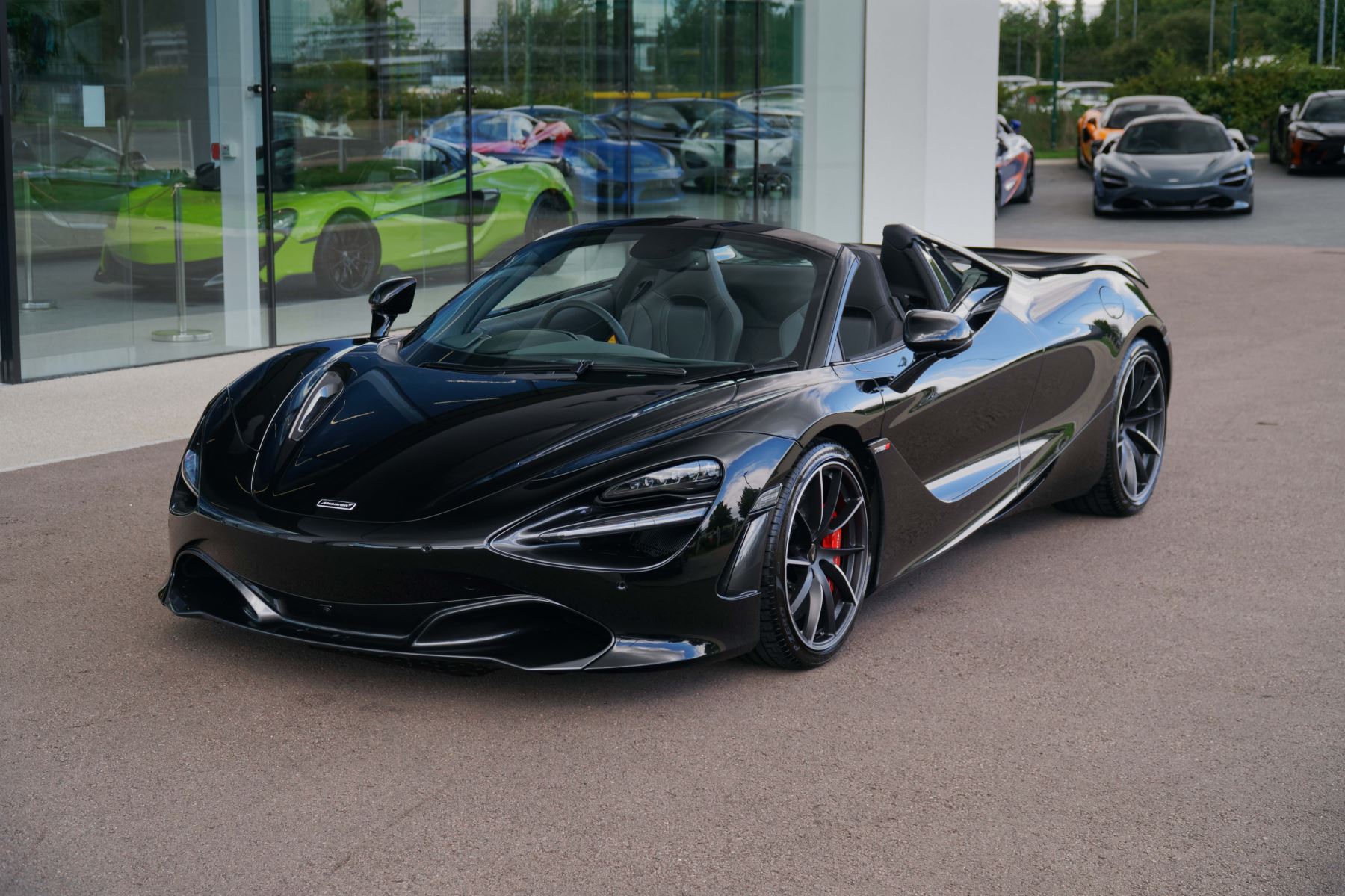 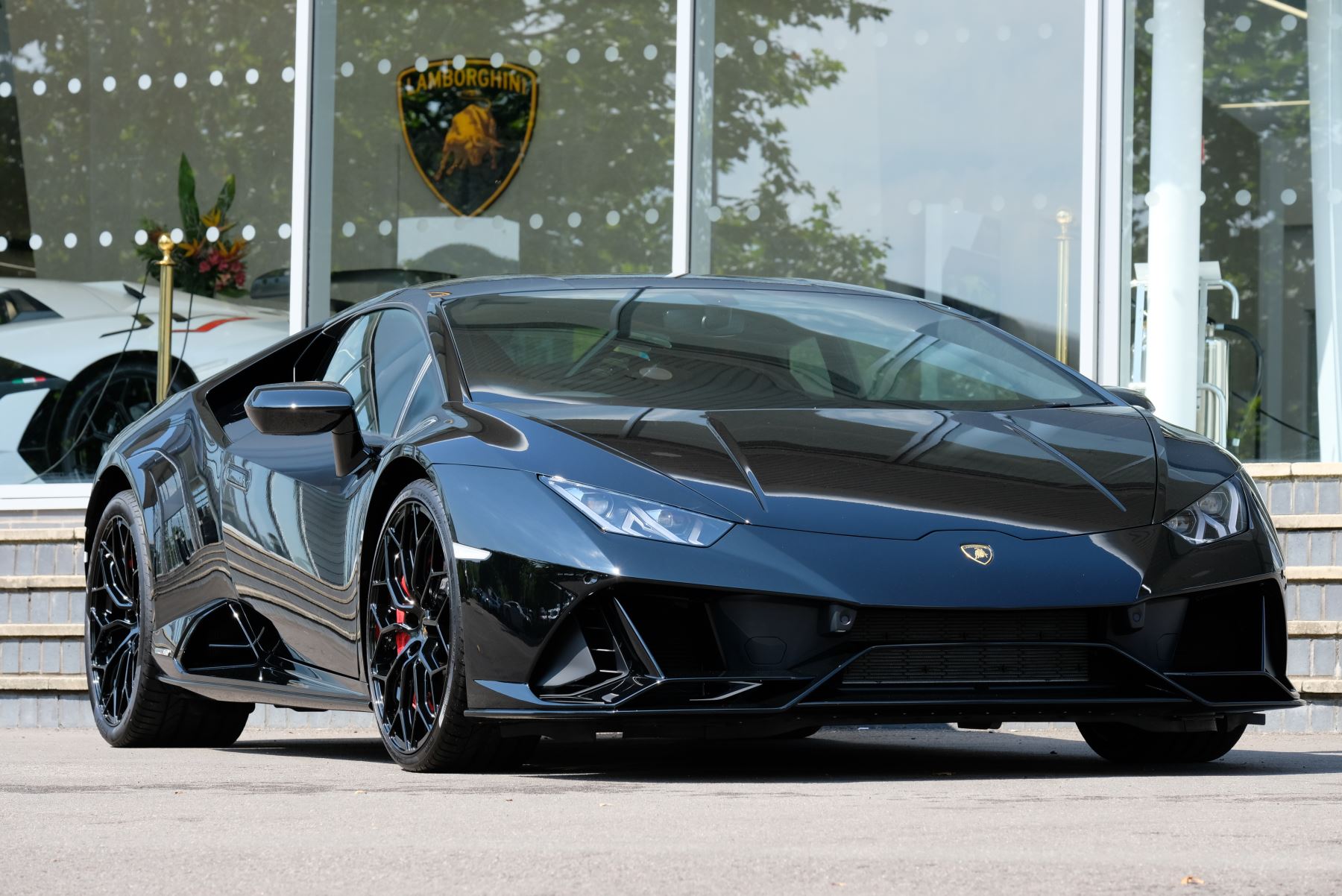