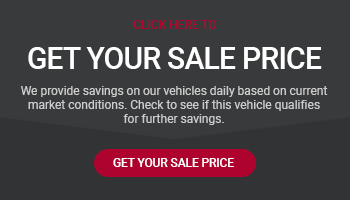 Jaguar's XE is much improved. Jonathan Crouch checks out the revised range with its electrified diesel technology

The Jaguar XE continues to deliver a slickly executed take on the mid-sized executive genre, offering something different to the usual German suspects in the BMW 3 Series / Audi A4-segment. On paper at least, this revised version with its mild hybrid diesel tech and improved connectivity seems to have the design, technology and ambition necessary to succeed in this segment, with the dynamics of a BMW and the luxury of a Mercedes, plus all the efficiency and connectivity modern business buyers now expect. It's a strong contender.

Think Jaguar and you probably think of unashamedly high-end cars, raffish, elegant and rapid. It's not a company that's given to lowering the bar and chasing volumes. It tried that in 2001 with the dismal X-TYPE, a rebodied Ford Mondeo that languished in the range for eight years, the public never really enamoured by a Ford wearing a pastiche of Jaguar styling. In its best-selling year, it sold half of Jaguar's initial 100,000 per year estimate, the Brits grumbling that here was a car they never wanted, hastily foisted on them by Ford's top brass in Detroit. It's took Browns Lane until 2014 to come back with a second stab at the mid-sized 3 Series / Audi A4-dominated executive saloon sector, but the XE showed that the brand had learned from the X-TYPE and done things rather differently. It was - and still is in this improved form - a serious contender to the likes of the BMW 3 Series, the Audi A4 and the Mercedes-Benz C-Class.

When you compete in the same class as the BMW 3 Series, it's a measure of real confidence to bill your contender as "the driver's car in the global mid-size saloon segment". Yet that's exactly what Jaguar has done and a closer look at the XE reveals the reasons behind their bullishness. The chassis is a 75 per cent aluminium monocoque, light but immensely strong. The design utilises a classically correct longitudinal engine and rear-wheel drive architecture. Jaguar reckons that this XE has the best electric power steering in class and there are plenty of chassis goodies like torque vectoring by braking. Automatic transmission is now non-negotiable and this revised XE is available with a choice of next generation Ingenium petrol and diesel engines. The 2.0-litre Ingenium petrol unit is available with P250 rear-driven form (250PS) and P300 AWD guise (300PS). The P300 variant accelerates from 0-60 mph in just 5.4 seconds and uses its intelligent all-wheel drive system to good effect in slippery conditions. Most customers though, will probably opt for the single Ingenium diesel variant, now uprated and badged D200, which is rear-driven only, delivers 204PS and makes 60mph in just 5.6s. This D200 variant features the brand's latest mild hybrid engine tech.

The XE has what the brand hopes is an 'assertive' appearance, with advanced all-LED headlights, a wide lattice mesh grille and tail-lights with distinctive LED signatures. In contrast to rivals, there's still only a single saloon body style though. The cabin's been improved in this latest model, primarily with the introduced of the brand's new generation 'Pivi Pro' infotainment system, which operates via a 10-inch central touchscreen and features the potential for over-the-air updates. The 'Pivi Pro' system also has the advantage of being able to offer embedded dual-SIM capability, with two LTE modems enabling the set-up to carry out multiple functions at the same time, such as streaming media and downloading SOTA updates, without compromising performance. This level of connectivity also ensures minimal interruptions caused by coverage blackspots as it roams across network providers for the strongest signal. Plus it's compatible with 'Apple CarPlay'/'Android Auto' smartphone-mirroring. As before, as an option (or as standard with top-spec trim) you can also have a lower 5.5-inch centre stack screen combining two multi-functional LED rotary controllers for intuitive operation of key vehicle functions. And it all works in conjunction with an advanced 12.3-inch HD interactive instrument binnacle display screen which replaces conventional dials. The interior now feels more up-market too, thanks to extensive use of soft-touch materials, a re-designed split-rim steering wheel, an embossed Jaguar Leaper logo on the headrests and a fresh quilt design for the seating. The first-in-segment ClearSight interior rear view mirror improves safety and convenience by ensuring the driver has an unobstructed view of the road behind. Using a wide-angle rear-facing camera, the system feeds images to a high-definition screen within the frameless rear view mirror, unhindered by tall rear passengers, poor light or rain on the rear screen. That revised steering wheel, shared with the all-electric I-PACE, features hidden-until-lit graphics and capacitive switches for intuitive, tactile control of key functions. As before, space in the rear is fairly tight. And there's a 450-litre boot. The rear seats can be optionally heated and offer a 40:20:40 split-fold and a through-loading feature.

As before, it helps the XE's cause that its structure is relatively light weight, thanks to the fact that over 75% of the structure of the car is fashioned from aluminium. The important news with this revised model though, is that its core 204PS 2.0-litre Ingenium diesel engine now features Jaguar's latest next generation Mild Hybrid Electric Vehicle (MHEV) technology for the first time. This uses a Belt-integrated Starter Generator (BiSG) situated in the engine bay to harvest energy usually lost when slowing and braking, which is then stored in a 48V lithium-ion battery located beneath the rear loadspace. It is able to redeploy the stored energy to assist the engine when accelerating away while also delivering a more refined and responsive stop/start system. What about the WLTP-rated results of all this? Well, you're looking at 57.7mpg on the combined cycle and 128g/km of CO2, which is very class competitive. Plus the D200 is RDE2-compliant, so is tax-optimised. The petrol variants do without the MHEV tech - and it shows a bit. The P250 RWD version delivers 35.5mpg on the combined cycle and 179g/km of CO2. And the P300 AWD variant manages 32.3mpg and 197g/km. What else? You get the usual unremarkable three year warranty. And service intervals are set at 21,000miles or every 24 months, whichever comes first and it would be sensible to consider one of Jaguar's Service Plans that cover you for virtually everything in advance. There's a 'Standard Mileage Service Plan' that covers you for five years/50,000 miles. Or a 'High Mileage Service Plan' that covers five years/75,000 miles.

Bold, innovative, forward-thinking and able to level with the class best, this XE has proved to be the most credible Jaguar sports saloon we've seen since the Sixties. It chases bigger sales but unlike some of its predecessors, hasn't diluted crucial elements of brand credibility. On the contrary, it's a model company founder Sir William Lyons might have been proud of. He sought to make cars that made their owners feel 'alive' and the objective of this one is exactly that. Failings are few. Yes, buyers will lack a little when it comes to boot space and some may find selected areas of the styling approach to be slightly conservative. There's nothing wrong with the fundamentals of this design though and the aluminium underpinnings that lie beneath that taut bodywork are pretty sophisticated. Potential business buyers will also note that in important areas like safety, connectivity and residual values, this car is difficult to better in its class, plus they'll also struggle to improve upon this model's diesel efficiency figures, thanks to Jaguar's impressively clean and frugal mild hybrid Ingenium technology. Yes, there's tough competition in the BMW 3 Series-sector. But this improved XE looks better set to size up to it. 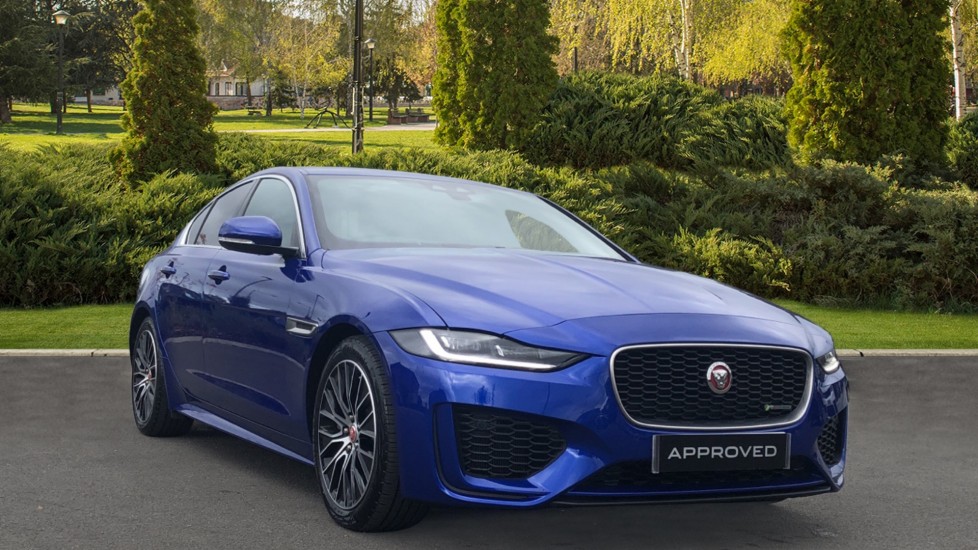 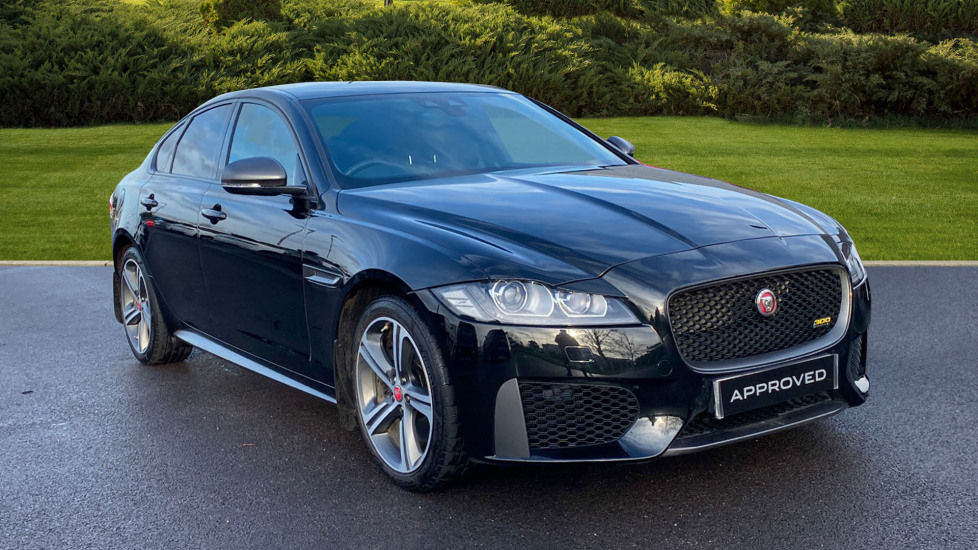 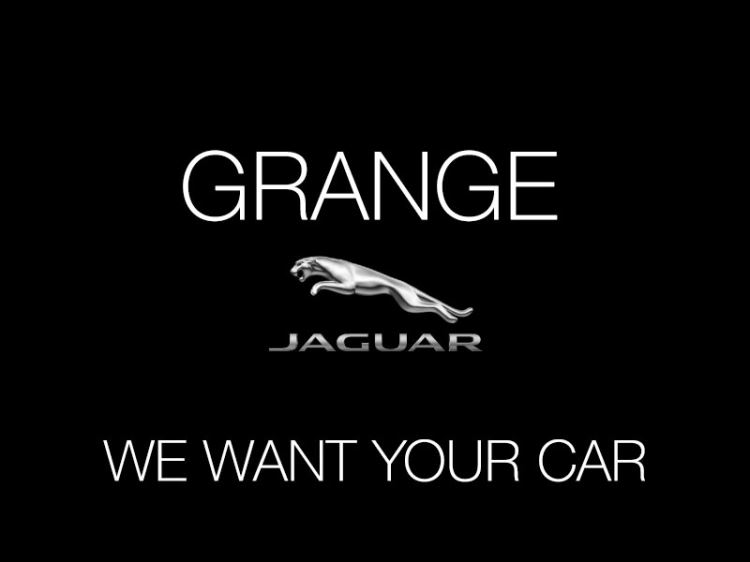